Artists in the worlds of graphic design, illustration, games and 3D certainly do have many opportunities open to them. They can work for big studios in visual effects, animation and gaming, or for smaller boutiques. Many, of course, choose to freelance. But that can be one of the toughest ways to earn a living, partly because of the challenges of securing work and partly because of intertwining both your art and your livelihood.

One artist who has made it work, even after several challenges, is German-based Marion Kapferer. She runs a freelance design studio called FiveStrokes, specializing in design and concept art for games.

Before going freelance, Marion says she had to “fundamentally understand the differences between just creating art as a job and being an entrepreneur. I did not just want to continue what I did when I was part of a studio ‘on my own’, but build some kind of brand and aim higher from the beginning.”

So, while still working for a different company, Marion explored freelancing by gathering clients, attending courses on how to run a business, and reading “every last book available on the matter!”

“It was really scary!,” she admits. “But at the same time, the excitement to embrace art in a whole different way again was stronger. I loved my job at the studio, but it was slowly becoming ‘just a job’ - surely many artists can relate when I say I had the strong urge to feel about art and painting the way I felt about it when I was just starting out, with it being one of the most central aspects of my life.”

“Becoming a freelancer did that,” says Marion, “but of course I wasn't prepared well enough at all. Now that one year has passed, I am slowly getting a clue of what it is all about and working my way towards the goals that I set in the beginning. But I'm also way less stressed about it and try not to plan everything down to the minute!”

A major influence on Marion’s decision to go freelance came from attending the Trojan Horse event in 2014. “After meeting everyone there, I looked at freelancing as something that could work for me, and that feeling proved to be true.”

Even after gaining the confidence to go out alone, Marion says she didn’t anticipate how hard it would be. “As artists, we always have another goal, never being quite content with where we are now.”

The freelancing decision was made all the more tricky by hurdles Marion had to go through in Germany. “From quitting my job to gathering all the necessary forms and papers to be able to start a company, around 7 or 8 months passed.”

It was a necessary process but after starting out, the artist realized that more and more companies were willing to spend greater amounts on high quality graphics work. “As I am working mostly in games, I can say that German studios are more and more thinking internationally and embracing new and better ways of operating, compared to ten or even five years ago, when games were mostly approached with a good German sense of ‘If we plan this to the exact last detail beforehand, nothing can go wrong!’ Now, many studios know and encourage that game development or any creative work be given freedom, and teams mostly work accordingly.”

A big challenge of living and working in Germany is the cost of living, which means, says Marion, she has to charge more than artists from other countries. “On the other hand,” she notes, “once you build a reputation that matches the expectations of a ‘german’ contractor, i.e. accurate, exact, friendly, diligent etc. with your clients, your work and brand become more valuable, at least that is what I experienced. After all, to solve a client's problems is what all artists who work commercially have to do to be successful.”

The benefits of going freelance have been clear, though. One of them is the diverse range of work Marion gets to produce. “Every day, I work in so many different kinds of mediums since I started to freelance; I designed fitness apparel for a UK company, I made games in many different styles, illustrations for print and web, even marketing banners for advertising agencies. Right now I am working on a super secret project around a new energy drink that is coming out soon...”

Meanwhile, the Trojan Horse event remains close to Marion’s mind, especially in terms of the other artists and mentors she met there. It motivated her to look to the future and make plans to grow and even change her business.

“My ultimate goal is to make my company into an art institute or school, where young people can learn about art and using it for creative problem solving. But for now, that is far in the future! Right now I am preparing for THU 2016 and working on cool new games.”

And if there’s one extra benefit Marion sees in THU, it’s the chance to catch up with old friends and make new ones. “I don't live close to a big city, so pretty much the only time I can meet up with other German and overseas artists and exchange views is at events like THU!” 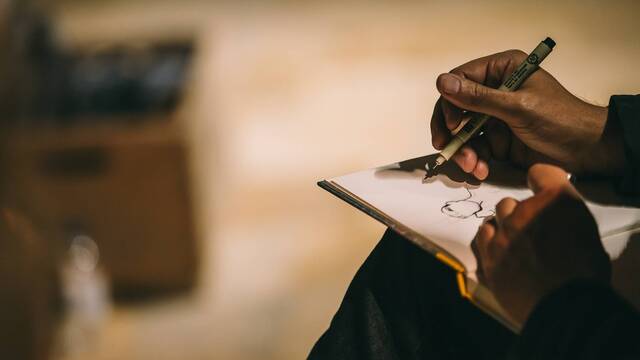 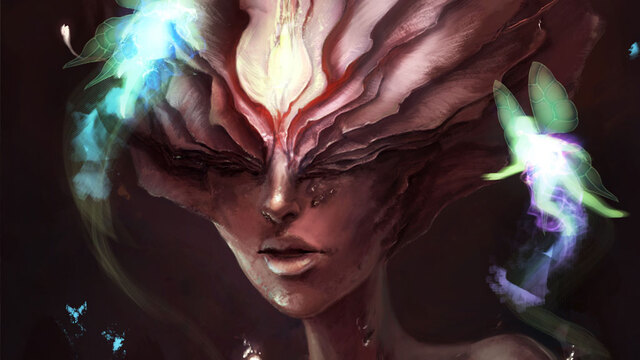