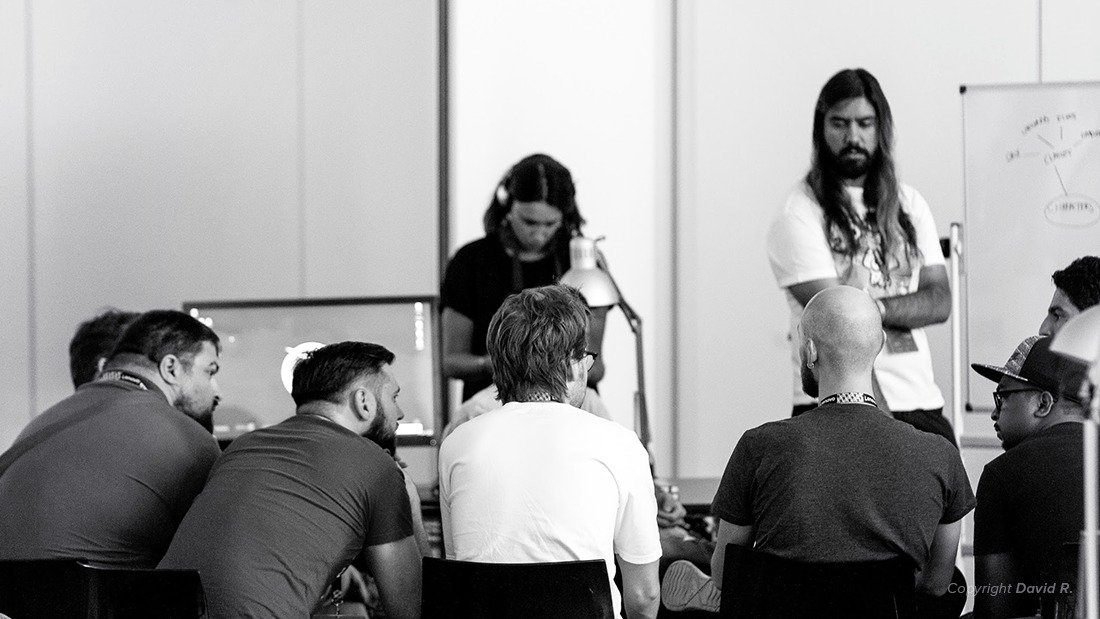 When THU founder Andre Luis would go to art events, he would notice that they lacked something: a soul. He thought of a different kind of event, one where everyone would be willing to help each other, where there would be no idol-worshipping, where the focus wouldn't be on sales, but building relationships. That's how Trojan Horse was a Unicorn was created.

Initially it was a simple digital art event, but slowly it grew into something bigger.

At THU we became obsessed with fixing, or at least attempting to fix, everything we thought was not working within the global art community.

Every activity and side-project of THU was created in response to a need that we perceived the community had or a gap that we felt had to be filled.

We became dedicated to trying to psychologically, spiritually, technically, educationally and legally supporting the global digital artist in an attempt to ensure that the world understand and celebrate their artistry and craft.

This year, at THU 2017: The Epoch of Belief, we are ready to start filling another gap with a new activity: the B-sides. We want to bring the business side of the industry to the Main Event for those artists who want to become entrepreneurs, or for those entrepreneurs who want to start a business in the digital entertainment world.

Many artists have often had an idea for an IP, but no idea on how to bring it to life. On the other hand, we have a lot of business people who work with creatives, but struggle to communicate with them. The complexity of the creative industry is part of its charm, but also something that can be eased.

The B-sides' talks will be structured more as a university lecture than as a regular inspirational talk. There will be a board, interaction, question and answer session, and generally a more practical approach. The speakers/mentors will all come from a background of business and art and will share their successful business models with the attendees.

You will be able to learn everything you need to know about business management and you'll have the opportunity to really understand if it's for you. In art, everyone knows that inspiration is fundamental and technical skills are necessary, but not many realize the importance of a certain know-how.

The B-sides are not going to be an activity you need to sign up for, but rather will take place like regular talks. You can attend one lesson, all, or none, it's up to you. The number of seats available will have to be limited though, because of the nature of these talks. But THU is all about connecting, so if you can't attend a class, you can always catch up with the speaker later for a chat over a beer. That way, you never really miss out on anything!

*** Watch producer Shuzo Shiota and artist Ryan Woodward sit down with VFX legend Scott Ross to discuss how to deal with the conflicts that come up between “management” and “artists” while working on creative projects!