One of my THU traditions, when the year is ending, is to sit down, look back on what the last twelve months taught me, and write a recap of the best, the worst, the lessons, and the failures.

In addition to the best and the worst, 2020 brought us something else: the unimaginable.

2020 was supposed to be our busiest year, with THU Japan, a new event that I always wanted to create, and, of course, the main event, hosted in a new location, that we will be announcing soon. I knew these two (massive) projects would monopolize our year, and the whole team would have to be exclusively focused on them, which meant a few important projects would have to be put on the sidelines.

We could have never imagined that the world would be facing a pandemic and that it would be such a tough year for so many people. I feel grateful that my family, team and Tribe are staying safe, and, despite all the sleepless nights and overall anxiety when COVID hit, when I look back, I can understand that THU needed this opportunity to stop. This year, we were finally able to take some time to reflect on what THU stands for and which direction we want to go in the future. It was not easy to cancel all plans and reinvent ourselves, but the truth is, we needed to slow down, change our mindset, understand our values, and dive deep into figuring out how to stay true to our mission.

I started 2020 feeling lost but ended up finding a sense of direction that I couldn't have gotten otherwise. During this process, we were extremely lucky to have Sony, Lenovo, and Unreal as our partners. They never stopped believing in our vision, stayed by the Tribe's side, and supported us while we figured out how to keep empowering the community, despite not being able to create physical events.

2020 was the year we questioned everything, but mostly ourselves. We took the time to talk to everyone around us: partners, companies, tribe members, knights...And in the end, we learned how to create experiences that could address our community's struggles and start new projects that were missing. There's nothing I take more seriously than THU’s responsibility to inspire you, and that's exactly why we took so many risks this year. If I'm honest, we also failed a lot, which was the most important part: our failures made us understand what we want and what doesn't work for us when it comes to creating digital experiences.

There are a few things I am incredibly proud of: the Sony Talent League, the Career Camp by Lenovo, THU Farm to Mind (more about this soon. Let's just say that food will be an even bigger highlight next year!), and officially launching the New Voices initiative, which was something we have been working on for a long time and could finally dedicate more time and effort to bring it to life.

While we were busy taking risks in our quest for THU's essence, we found the answers that will define our future and have a profound impact over the next few years.

In 2021, I hope the "new normal" starts resembling more and more the "old normal" that we took for granted. As someone who is used to finding inspiration in traveling and sharing ideas with creative people, I found it especially hard to be as motivated as before and have that rush of new ideas that used to come so naturally.

Talking to friends, I realized that what we were all missing the most was the small stuff, feeling nostalgic for everyday things we overlooked. But aren't those the things that make our lives so unquestionably ours, with all their quirks and routines? Something simple like getting ramen at the counter of a restaurant filled with people; finding a friend by accident and grabbing a coffee together; feeling safe taking my kids to playgrounds & having the chance to take my daughter to her first THU; traveling with my team to spread the THU magic in new places; overhearing a funny conversation on a packed train; being able to have the whole THU team at the office at the same time; toasting with my favorite artists and human beings while the Tribe karaokes in the background; sparking up a conversation and turning strangers into friends, and many other things that would turn this chapter into a whole book...

May 2021 bring back all the things that make us happy and many opportunities to celebrate life together. 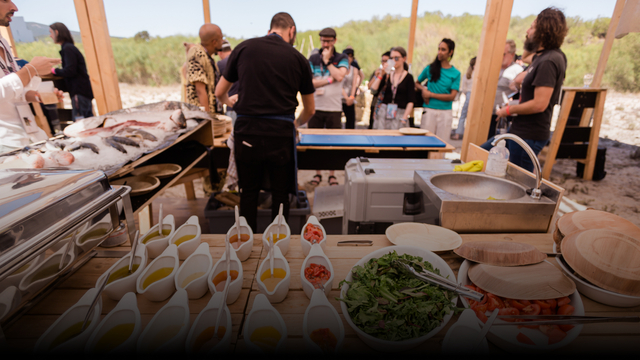 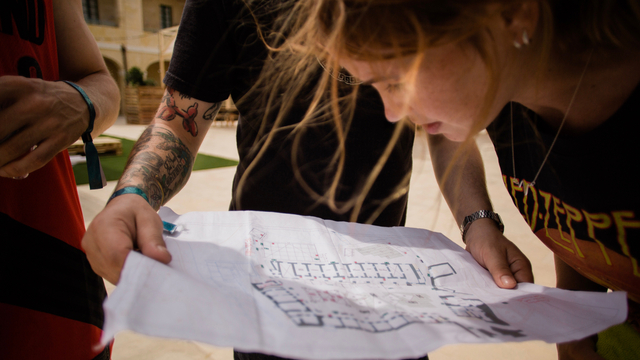 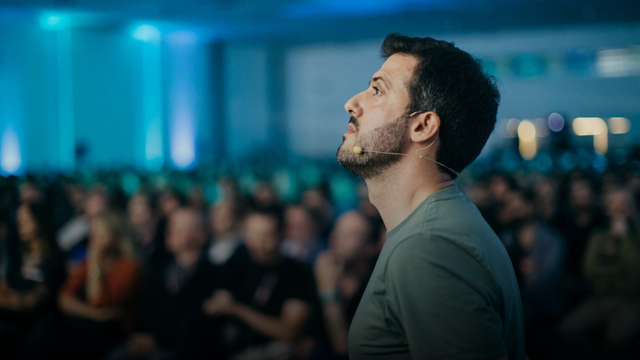 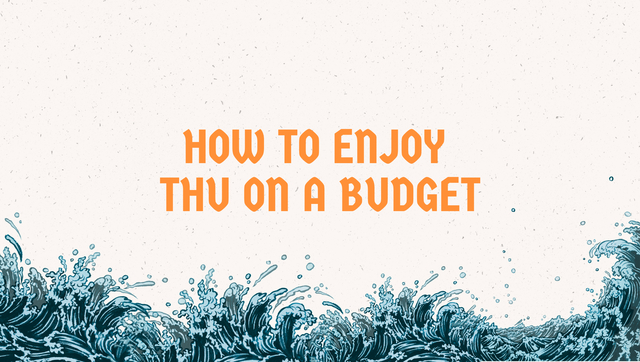 How to enjoy THU on a budget