Wait? ...We’re still alive? How long have we been out?! Mates and lasses, it has been a wild ride this week. It felt both like a lull as well as a hard-fought emotional week as we’re running out of gas. Having enthusiasm is a good thing, but do think about your mental well-being! Even us icebreakers should look out for that! Having said that, on to the going ons this week!

We nailed a couple of big things this week! We finished up a lot of tools, including the line drawing tool that is fully functional WITHIN Unity! We even have simple zoom in and rotation functions in it, just like you’re used to in Photoshop! We still have minor tweaking to do as we move on, but for now a big applause to both Michael and Chris for slaying that dragon of a task! Another bonus: optimization is also finished! That means Icebreakers is going to run as smoothly as possible on an Oculus Quest of all things. Things have been looking good.

Focusing on those beastly tasks means some other things, such as modeling objects to inhabit the comics, have been a bit delayed, but we’re confident we’ll find a way to figure it out. Hey, we do have character expressions based on what we needed for our script now! They are being modeled as we speak at lightspeed and we’ll implement them with a simple blending system in Unity as week 9 progresses!

On the mentor-side of things, this week was a quiet one. We had Kim Jung-Gi ...for 20 minutes. One of the things we all deal with in this wild pandemic world is scheduling conflicts and that was the case here. We graciously are able to get an extra meeting with him on Tuesday, so it’s all fine and dandy! The kicker still is that he looked at our latest test and was thoroughly impressed! I think that was all we needed to hear!!

The other mentorship we had this week was with Sally once again and we talked a bit more in-depth about usability within Icebreakers, especially about page turns. To start off, Sally absolutely loved the demo we put out! It hit all the right notes for her and we couldn’t have been happier to hear that as we got into the meat of the mentorship. We have been discussing how the page turning functionality would work again and how to make this as satisfying for the users to experience as possible without it feeling like a chore to make the movement. We also had this fun bug currently in Icebreakers where you could enter the panel, move around the entrance somehow and see the back of the window. Sally expertly said this was a prime location for Easter eggs and branding! Sally has definitely been THE champion of trying to make us pay attention that we properly market and brand Icebreakers, so as we enter the final leg, we’re thinking on how we want to promote both Icebreakers and the tools we’re making. We segued on talking about the trailer we’re making as promotional material, since again, she was the one championing that we should do so. The biggest question that came out of it was: What made us more immersive and unique than other VR comics? It was something we needed to answer our final Tribe Session!!!

A whole pack of Tribe members came out of the woodworks for the final session with us. We pitched our project a couple of times, getting better and better as the session progressed, but also got some scathing, but fully justified feedback at moments. The biggest one again: What makes Icebreakers different from other VR comics? What makes it more immersive than the others who’ve tried to make them? Why would we bother reading comics in VR when you can just read them regularly? To be honest, we don’t have all the answers yet as well. We don’t expect it to fully stick on our first try, but like the mentors that were chosen for us, we see the potential and we will keep working on it until it does.

An adventure wouldn’t be fun if it was easily reachable. 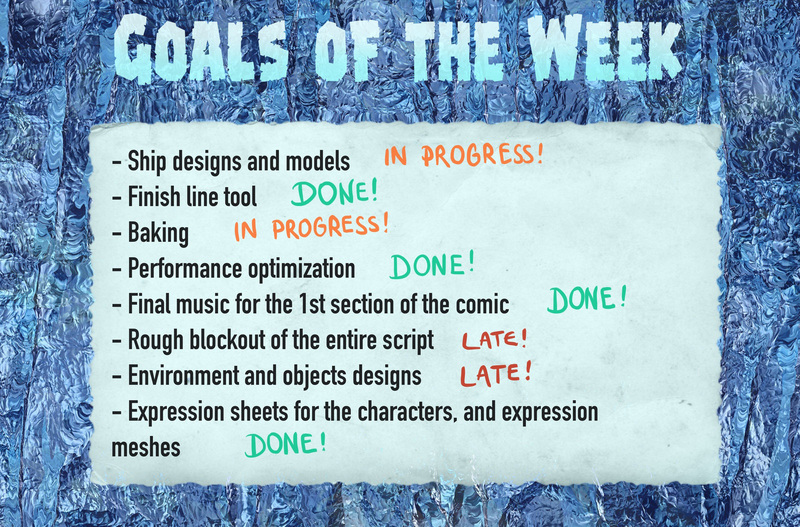 So hey, where’s my “The Mummy” fans? We all like great adventure movies with amazing characters here, right?

This beautiful thing also exists: Sounds of the Mandelbrot Set