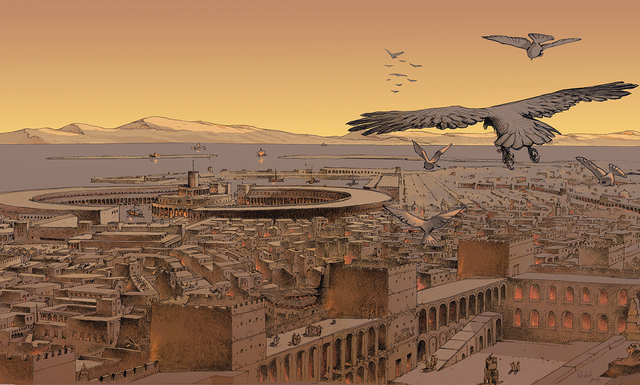 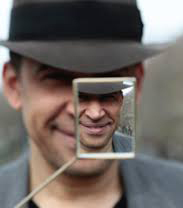 Sylvain Despretz is a freelance director-screenwriter with a background in art and illustration, working both in the United States and in Europe.

His formative years as an illustrator were mentored by the late world-renowned graphic novel artist Jean “Mœbius” Giraud.

Sylvain walked his first steps in design and art direction at New York’s prestigious BBDO advertising agency, where for a number of years, he contributed to the design of TV ads for clients including Polaroid, Pepsi, and Gillette.

In Hollywood, he created storyboards for director David Fincher on Madonna’s Like a Prayer music video sessions, and worked side by side with Pop Star Michael Jackson on concepts for his videos in the lead up to the release of the album Dangerous.

In the late ’90s, Sylvain was hired by A-list director Ridley Scott (Scott Free/Black Dog/RSA,) on the likes of Gladiator and Black Hawk Down, and has since remained an occasional contributor to his art departments on a number of projects in development, feature films, and commercials.

For two decades, Sylvain has brought his unique style of storyboards and concept art to the work of film directors Roman Polanski, Tim Burton, J.J. Abrams, Mike Newell, Darren Aronofsky, and Stanley Kubrick, among notable others. His name appears in the credits of several top-grossing motion pictures, all of which lean on a full grasp of Visual Effects, with their advantages and pitfalls, notably Planet of the Apes, The Fifth Element, Harry Potter, The Fountain, Alien Resurrection, and Academy Award winners Gladiator and Black Hawk Down.

He recently released “los ángeles“, a 400 page hardcover artbook of illustrations that surveys the bulk of his career spent as a film illustrator. The book is available online and trough Caurette Publishing (caurette dot com) and will also be sold during THU 2021.

Sylvain is currently directing a film about the British jazz-fusion band Brand X, called Brand X: The Desert Years (Filming is scheduled to wrap in the spring of 2021). He is the creator of several commercials for Swiss watchmaker Patek Philippe, and pop promos, including films for Jack Lancaster (“Song of the Whales” – sung by Phil Collins) and the band MJ12 (“Guns and Pussy“ and “Call 911”). In addition, Sylvain has written two commissioned feature length screenplays, including “Soul Man”, which was optioned for development by Paramount Pictures. Sylvain works in Los Angeles, London and Paris, mostly.