Earlier this week we sat down with Tribe member Daniel Nikoi Djanie to chat with him about his journey into the industry. Follow-up to that insightful conversation, we caught up with him to dive a bit deeper, this time getting his thoughts on developing confidence, analog vs. digital, finding balance, and being your whole authentic self.

As a self-declared shy introvert, Daniel suffers from imposter syndrome, just like most of us! What has helped him overcome it and gain confidence? "For me, once I got feedback from people I really admired (in terms of their artistic level), that was really uplifting and boosted my confidence. THU played a big part in that." The first two years he attended the Main Event, Daniel had a lot of work to show. But by the third year, he didn't have much in terms of new content. "I felt like I couldn't show anything, which is weird - I could have shown my older stuff. But as an artist, you think no one wants to see that old sh*t, so I put it away." Sitting alone in between sessions, a big stack of pencil sketches in hand, THU Knights Marc Simonetti and Serge Birault (two artists he really admires) sat down next to him and started looking through his sketches. "They helped me be more aware of what I was doing, pointed out the aesthetic rules I was applying (without knowing I was doing it), gave me feedback and complimented my work. It was mind-blowing." The fact that they said something nice about his work, without being forced or prompted to, really stuck with him. "From that time on, I started showing my sketches and also posting on Instagram. Before that time, I would rarely do this, choosing instead to only post the final product, not the sketches. Now I understand that for many people, myself included, the raw initial sketch is sometimes the best." The lessons he learned kept coming, with feedback and critiques both helping him stay humble and boosting his confidence.

Tools of the Trade

Like many, Daniel's a fan of Procreate: "it's my sketchbook now." But when he's looking to do something more advanced or polished, for example, working more closely with light and colours, he turns to Photoshop. "I'm not a super user, but I'm good enough to find my way and express myself with it." He also likes to shake things up by using Adobe Animate. You might recognize this as vector animation software, but Daniel swears by it as a starting point for many of his personal illustrations. The appeal? Unlike with programs such as Illustrator, "I can easily draw shapes with it, without having to anchor point the shape." And since it's based on vector graphics, you can scale things up and it's always clean." A bonus, he can easily compare different versions of an illustration, tweaking just one element and duplicating across the timeline, without having to redraw the whole thing. Once he's done a first pass and is happy with the shapes, he then takes that into Photoshop or elsewhere.

When asked about analog vs. digital, Daniel's answer is immediate: "at the beginning of any work, the best is still paper and pen. It provides the ultimate freedom." In addition, there's a certain energy and rawness to traditional mediums: "when you want to do dynamic painting or sketching, you have to use your whole body. And paper and canvas have different textures: that friction affects your drawing too. It's more fluid, it's more alive. That's hard to capture digitally."

When asked about it, Daniel shares that one of his greatest learnings was realizing what people can achieve when they're passionate and creative. And that, "if you put them together, this multiplies." Elaborating: "once I learned that, it was life changing. Suddenly you realize that you don't have to be this lowly soldier who has to be awesome at everything. Instead, just bring awesome people together and that magic multiplies." As a lead and art director, he's also learned that part of the magic of working with others is knowing that there's always something you can't control or that will change from your initial vision. "It's like planting a garden - you can place things here and here and expect them to grow like this [he gestures, emphatically], but then unexpected stuff happens." Learning this, and leaning into it has served him well. "I'm really proud of my work at Wooga, but it's not just in terms of the work, the product, but also working with the teams. The struggles, the things we had to do and learn together. I'm proud of all we've accomplished."

It took overextending himself at a job for Daniel to realize that he needed to take better care of himself. "You start a career, you're full of energy, you want to be the best artist possible and you have all the drive in the world. Everything is fine. Then, at some point, you get a job and you realize it's not all fairytales. It's a job. And you have to bring your life in balance. You can't run at full power all the time, otherwise you burn out." As someone who normally draws every day, he spent half a year without drawing: "that was not a happy time." But that led him to a great decision. He negotiated with his company and got approved for a four day week, another life-changing moment. "To be honest, in the beginning I thought I'd be super productive in my free three days" but he realized over time that he actually enjoyed taking that time to slow down, spend time with family and relax. "My job can be emotionally heavy because I'm also a people manager. I have to take care of people's needs. And if you're not refreshed, at some point there's nowhere you can pull that energy from." He's grateful to his employer for granting him the opportunity as the four-day week is serving him well. "I think it's the model of the future and if you can, everyone should do it!"

There's more to us than just our work. Case in point, if you've ever met Daniel, you'll likely have noted his epic fashion sense. After giving in to his coworkers' suggestions, he even started an Instagram account documenting the outfits and combinations he particularly enjoys. But what prompted this interest? "If you're creative, and you have choices: colours, sizes, patterns, materials, why wouldn't you start with yourself?" Daniel shares, reflexively. With a penchant for patterns and standing out from a young age, he's merely honed his interest over the years. But digging deeper, the story gets even more interesting. "I'm a country boy, I grew up in a little village in Germany. Back in the day, we were the only non-white people around. Everyone looked at us, all the time, no matter if we were dressed 'normally' or not. So you got used to it. And at some point [he tilts his head, looking into the camera, mischievously], you also start playing with it." Wearing his sister's blouses, shaving his luscious afro at 14 (to the shock and dismay of town locals), he always saw his fashion choices as a means to express himself and sometimes, to provoke. But moving to Frankfurt to study, he had an unexpected crisis. Suddenly he wasn't special anymore, as diversity abounded in his new town. But "I didn't want to be categorized, so every day I wore something different...I think I never recovered from that," he laughs.

Looking at him, a tall, broad man who doesn't stray away from bright bold colours, combining animal prints and matching face masks, you'd likely never guess that he's shy. But "being shy doesn't mean that you're like that in all situations. You learn to trust yourself, and you learn there are different sides of yourself. You define yourself, and you get confidence out of it." For Daniel, with clothing: "if it's you and you don't overthink it, if it doesn't hurt anyone and it makes you happy - that's the ground rule, it should bring you joy! - do it! That's something I live by". But don't count on Daniel's style staying consistent. "I don't want to be categorized, I don't want to be bored about myself. Maybe next year I'll just wear black, because I like it. Who knows. It's liberating!"

For those counting, pairs of shoes in his closet: 30-ish, tracksuits: 50! He's trying to get rid of some (there is only so much space in an apartment!) but "staying at home, for almost a year, with a good connection to the internet...that isn't helping." 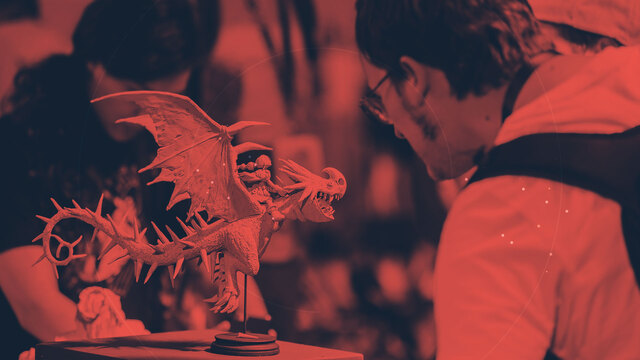