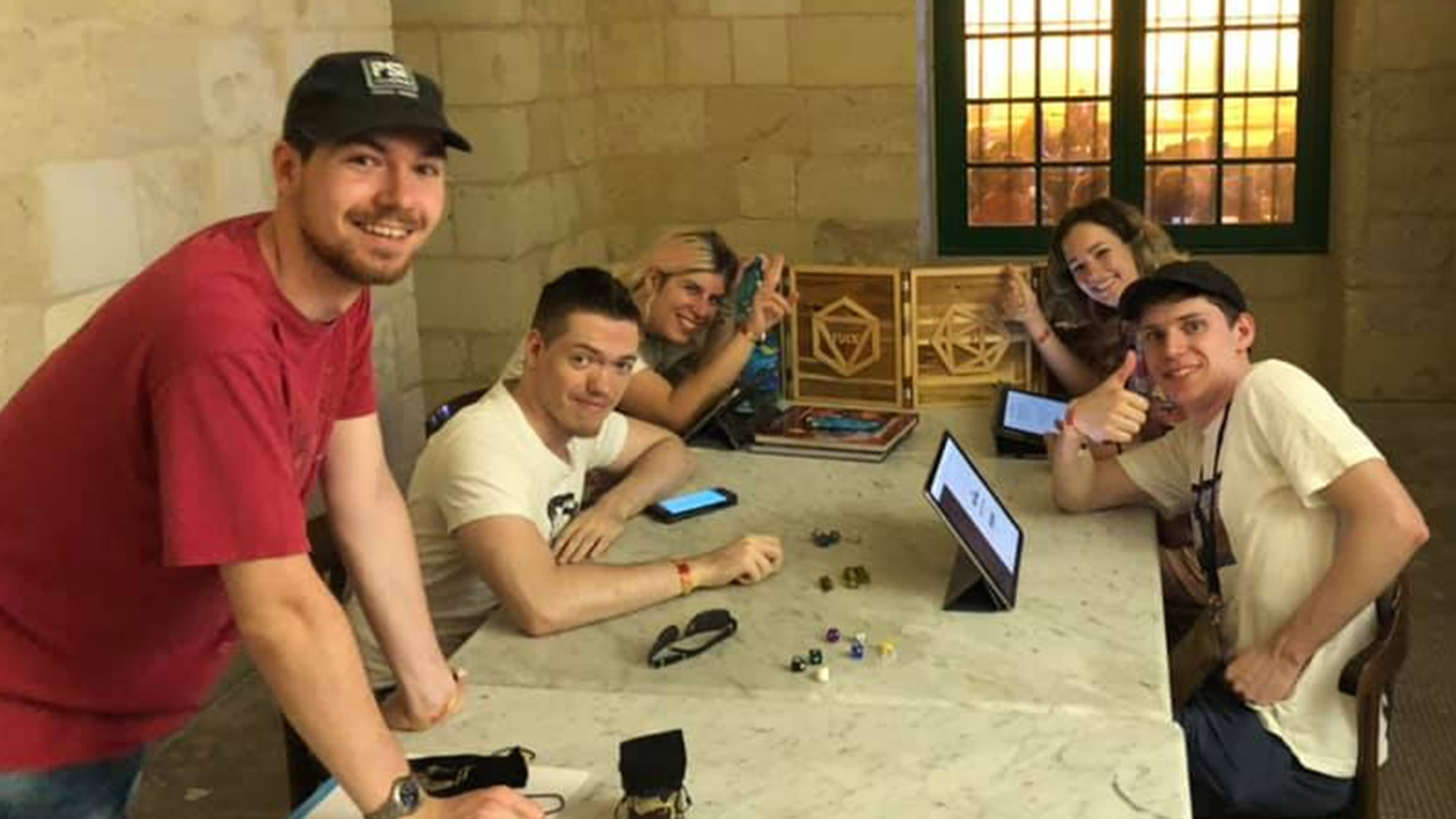 How'd we come up with the team name "Small Fry"?

The basic gist is that in the DnD one-shot that we played at THU 2019 (where we first became friends), the macguffin of the story was a chicken named Fry. The goal was to sacrifice it to a chicken god (because it was the most bestest chicken that the cult had) but Fry had other plans and screwed the party over multiple times until escaping in the end. It's since been kind of a theme of our DnD group and when Stephan (I think it was Stephan) came up with the Small Fry joke, the name basically chose itself^^

Kind of an insider reference, but really fun nonetheless!

Pictured in the photo: our newly formed gaming crew at THU 2019. From left to right (clockwise): Stephan, Christoph, Tamara Grünwald, Alex, and Jasper Goodrich. At the time, we were playing Tekken battles, which is why Ron (Artis) didn't join us...we almost got him to play...will have to remedy that at future THU's! He's apparently a semi-pro at Tekken!