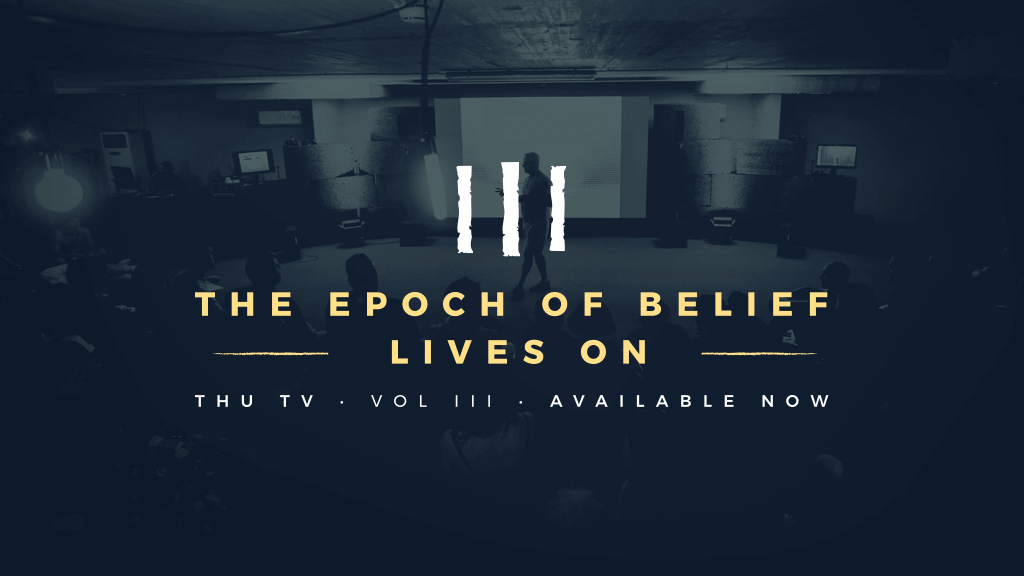 THUTV Vol.III - The Epoch of Belief lives on!

THU 2017 was the Epoch of Belief. An epoch of creating the future, believing in ourselves and in the power of art.
The Tribe may now be all over the world and Troia’s streets may not be filled with Knights and Warriors, but that doesn’t mean the Epoch of Belief is over.

Vol.III is aimed at creators, creatives, makers, and artists of all kinds. You can watch some free content first but whether you find yourself staring at a blank page or just need some creative fuel, this is definitely the best place to start.

The Epoch of Belief Lives On. Watch it now.